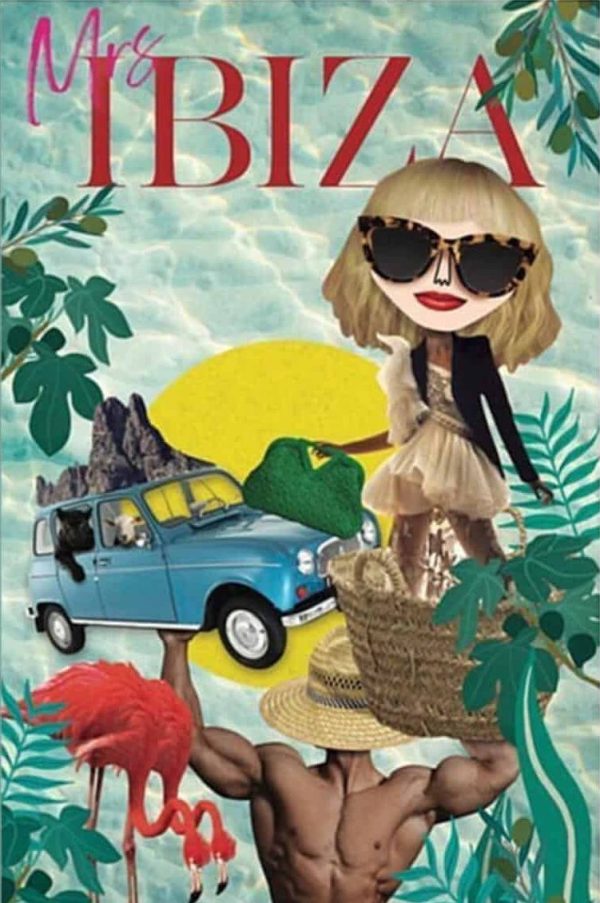 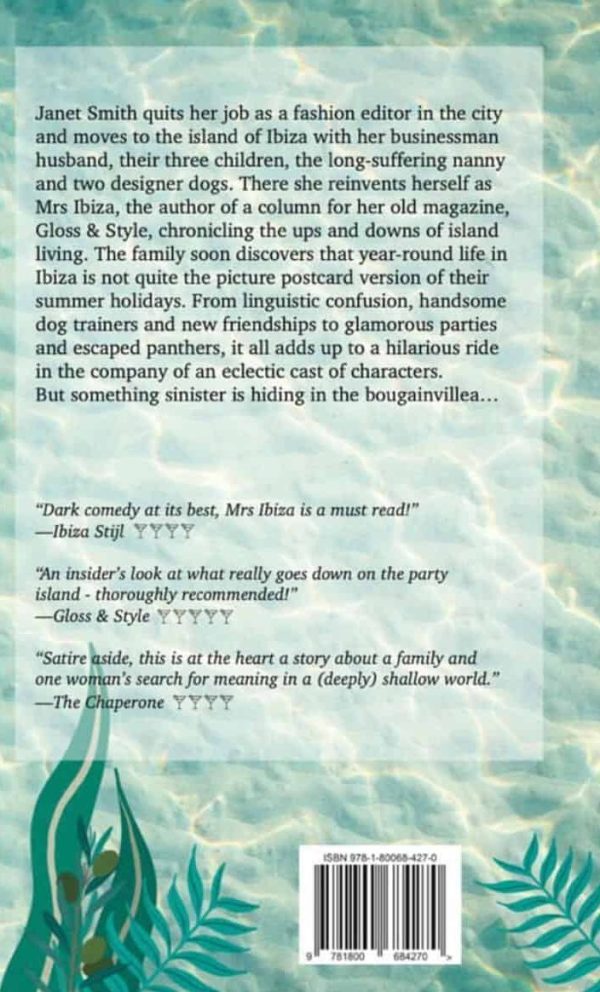 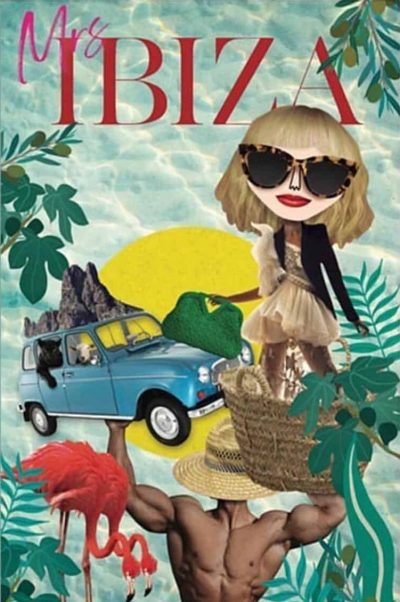 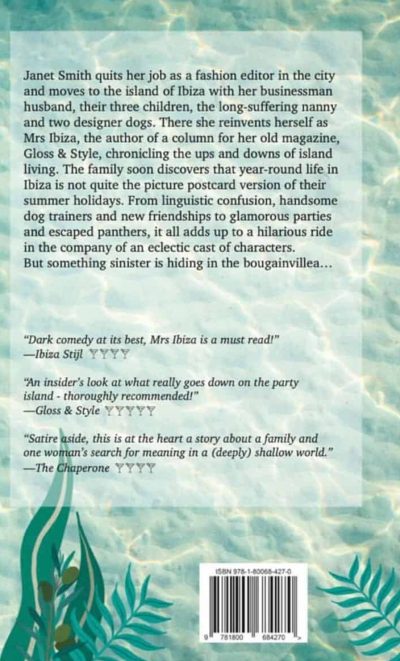 Mrs. Ibiza is the diary of an island fashionista

Mrs. Ibiza is the diary of an island fashionista.
Janet Smith quits her job as a fashion editor in the city and moves to the island of Ibiza with her businessman husband, their three children, the long-suffering nanny and two designer dogs. There she reinvents herself as Mrs Ibiza, the author of a column for her old magazine, Gloss & Style, chronicling the ups and downs of island living. The family soon discovers that year-round life in Ibiza is not quite the picture postcard version of their summer holidays. From linguistic confusion, handsome dog trainers and new friendships to glamorous parties and escaped panthers, it all adds up to a hilarious ride in the company of an eclectic cast of characters. But something sinister is hiding in the bougainvillea…

“Dark comedy at its best, Mrs Ibiza is a must read!”
Ibiza Stijl

“An insider’s look at what really goes down on the party island – thoroughly recommended!”
Gloss & Style

“Satire aside, this is at the heart a story about a family and one woman’s search for meaning in a (deeply) shallow world.”
The Chaperone

This website uses cookies to improve your experience while you navigate through the website. Out of these cookies, the cookies that are categorized as necessary are stored on your browser as they are as essential for the working of basic functionalities of the website. We also use third-party cookies that help us analyze and understand how you use this website. These cookies will be stored in your browser only with your consent. You also have the option to opt-out of these cookies. But opting out of some of these cookies may have an effect on your browsing experience.
Necessary Always Enabled
Necessary cookies are absolutely essential for the website to function properly. This category only includes cookies that ensures basic functionalities and security features of the website. These cookies do not store any personal information.
Non-necessary
Any cookies that may not be particularly necessary for the website to function and is used specifically to collect user personal data via analytics, ads, other embedded contents are termed as non-necessary cookies. It is mandatory to procure user consent prior to running these cookies on your website.
Functional
Functional cookies help to perform certain functionalities like sharing the content of the website on social media platforms, collect feedbacks, and other third-party features.
Performance
Performance cookies are used to understand and analyze the key performance indexes of the website which helps in delivering a better user experience for the visitors.
Analytics
Analytical cookies are used to understand how visitors interact with the website. These cookies help provide information on metrics the number of visitors, bounce rate, traffic source, etc.
Advertisement
Advertisement cookies are used to provide visitors with relevant ads and marketing campaigns. These cookies track visitors across websites and collect information to provide customized ads.
Others
Other uncategorized cookies are those that are being analyzed and have not been classified into a category as yet.
SAVE & ACCEPT